Baylee Mobley claimed a spot on the TSWA All-State third team among Class 4A players.

The Godley senior also received state honors from the Texas Girls Coaches Association.  She was also named the All-Johnson County top offensive player of the year and earned first-team honors among District 10-4A volleyball players. 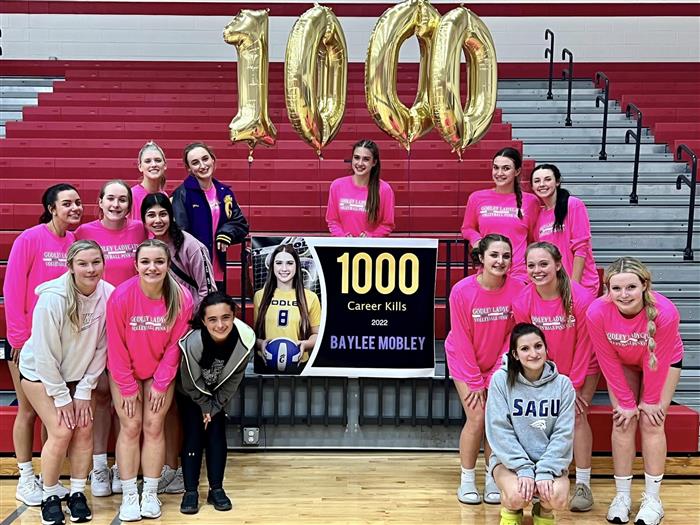 During the 2022 season, Mobley hit a big milestone with one thousand career kills.

The varsity Ladycats completed a full sweep of district volleyball play, posting a perfect 12-0 record while not losing a single set.  The district champions beat Fort Worth Dunbar in the bi-district round before falling to Celina at the area level.